GE and The One Centre came to us again to help convene GE customers, partners and media to discuss what was important to Australia’s future health and prosperity. Four key areas of discussion was to be focused on; the future of oil and gas and clean energy, the future of healthcare, mid-market business and financing and productivity for mid-market, all areas GE is heavily involved in. A panel discussion with thought-leaders on creativity and innovation in Australia was another key component.

Every element was to be carefully and meticulously thought out and planned, with creative elements not only embedded throughout the program but immersed in it in keeping with GE’s world-leading position and forward-thinking business style.

Working with The One Centre we selected a venue that was culturally appropriate and fitted it out as one that inspired. When people enter spaces in nature it really does stimulate them to behave in a different way. We wanted to elevate the discussion beyond the routine.

How they did that began as soon as the attendees arrived at the venue with the creation of a blade forest complete with images of GE activity in Australia in which delegates became immersed in as they walked through the space. A `moments in time’ display underscored the part GE has played in Australia since 1898, instantly engaging people with GE’s local and global impact.

We achieved a sense of scale to impress on people that this is a large organisation that is both local and global.

To leverage the event on social and news media, and extend the life of the two-day meeting, The One Centre distributed film and interview content. The effort resulted in 35 pieces of media coverage, 5000 YouTube views, and reached 88,963 Twitter followers, making it one of Australia’s Top 5 trending topics across both days. 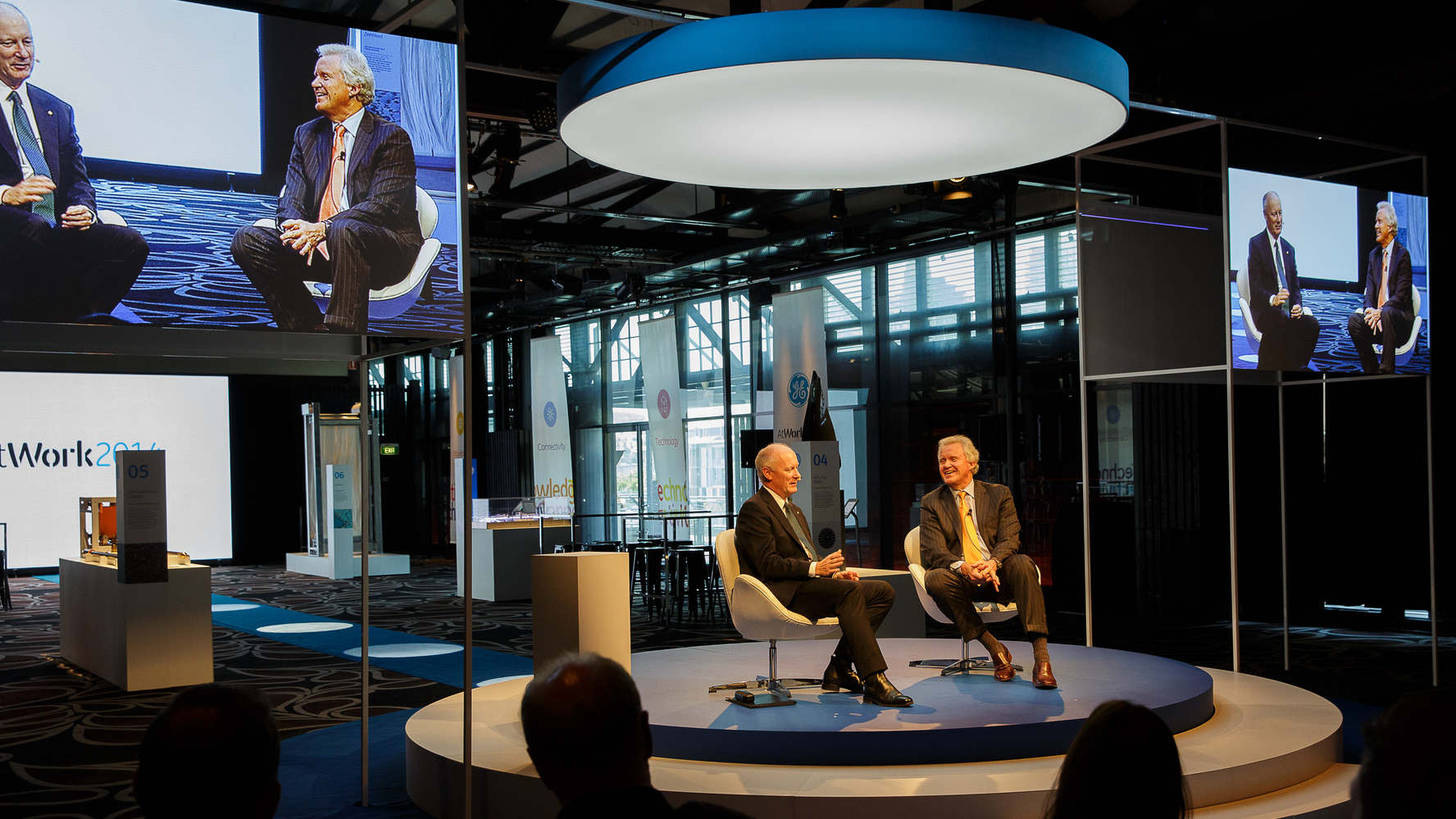