Christmas Activation for Transport for NSW

Fourth Wall was tasked with bringing Christmas and a sense of community and occasion to George Street Sydney. This was achieved by project managing a large lighting installation, which involved the erection of 8 giant Christmas wreaths that spanned the new George Street precinct, from the Queen Victoria Building to Martin Place in the heart of the city.

Fourth Wall partnered with Transport for NSW and Mandy Lights to create a Christmas wonderland in the centre of Sydney. We developed a connected lighting installation that displayed traditional and contemporary Christmas light colours, creating larger-than-life wreaths that stood almost 14m wide, 8m high and which were filled with thousands of individually controlled pixels, custom-made inflatables, and over a kilometre of green garland. A WiFi speaker system within the wreaths allowed for Christmas songs and carols to be played throughout the installation.

The logistics were immense, and required working effectively with stakeholders across several government departments, as well as the building company in charge of delivering the light rail project. Highly detailed plans and production schedules ensured that the installation’s interruption to the city traffic - both vehicles and pedestrians - was minimal and timely, with all road closures successfully opened by 5.30am each day.

The wreaths officially lit up from the end of November right through to early January.

The Christmas wreaths placed the city of Sydney on par with the Christmas lights in New York and London. The dazzling installation bought festive cheer to George Street, and created an unmissable holiday hotspot that fast-became the talking point among locals and visitors alike. Instagram was awash with jubilant selfies starring the towering arches and giant gift-wrapped presents that lined the walkway.

The installation enlivened and transformed George Street into the retail Christmas epicentre of Sydney. The highlight for the Fourth Wall crew was the look on the children's faces as they walked under the wreath’s ever-changing colours, danced to Christmas songs, and wondered what was contained inside the giant presents. It was a truly festive and magical experience! 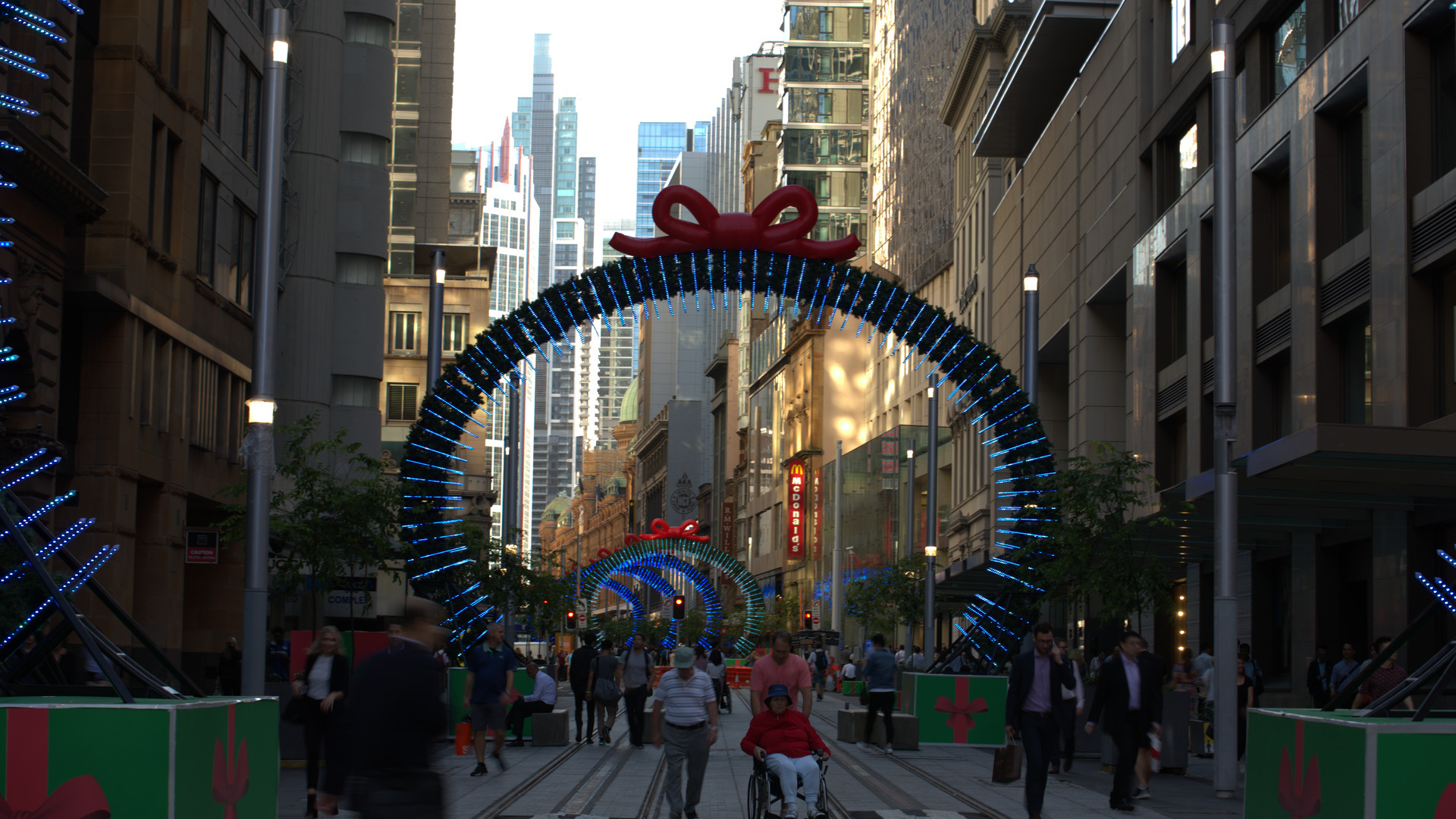